A visit to the Tasmanian Museum and Art Gallery and a journey through some wonderful homes and museums in England renewed my desire to explore the colonial links between Tasmania and Britain. This prompted an investigation into my own (hitherto unknown) family history.

Research revealed that my mother’s great grandfather, Henry Lyne, arrived in Van Diemen’s Land from England with his family in 1826 at the age of twelve. They were granted 1500 acres of land on the east coast. This land belonged to the Oyster Bay aboriginal tribe and accounts of the conflict during the Black War have been well documented. It was a shock to find out that my own family had played a part in the dispossession of their land.

Henry’s two youngest siblings, Betsy and Susan, were unintentionally involved in the conflict. In 1828, aged ten and eight, they were sent into the tidal marsh near their home to guard a herd of young bulls. Evidently they were playing and failed to see an approaching group of aborigines. Susan was knocked unconscious with a blow to the head with a waddy. She survived and I have responded to her story in several of the works.

Henry’s older brother, John, became a politician and to gain favour with the local sheep farmers, introduced a bill to put a bounty on the thylacine, with a significant impact on their numbers. The Tasmanian tiger is featured in several pieces of work in this exhibition, sometimes paired with the Asian tiger, which was often used as an exotic specimen in the 19th century cabinets of curiosity of the British Empire. With other trophies, these cabinets were a reflection of colonial power and it seems ironic that extinction was often part of the narrative of these displays.

As I worked on these pieces, I reflected on the impact of colonial rule on the evolving Tasmanian identity with references to my own family heritage. Attempts by the early settlers to create a semblance of the civilized society they had left behind inevitably led to the transfer of imported cultural artifacts into their new homes. This was the starting point for many of the works.

Finding a diary entry in my grandfather’s work journal added further motivation to pursue the female and domestic part of the story. In noting his activities on his property Coombend, he mentioned my mother’s birth at the end of a long list of farm tasks as “baby born Saturday”. No other mention was made of her in the diary.

This exhibition is, in part, a belated celebration of that event.

“And the ship sailed onward, gliding serenely down the moonlit river toward the dark lands beyond.”
Christopher Paolini, Inheritance 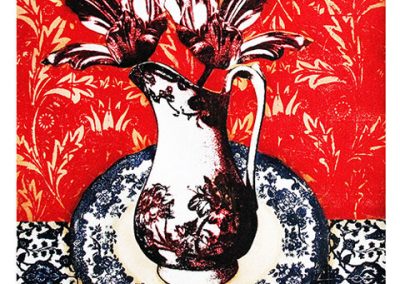 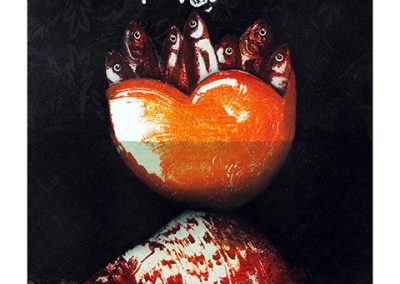 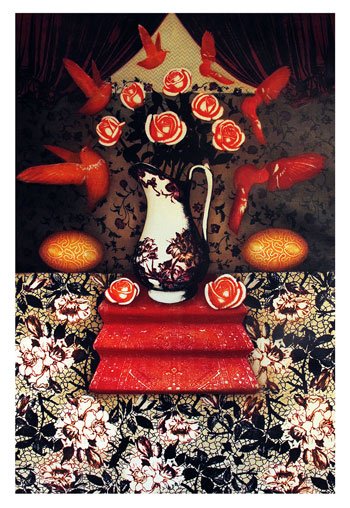 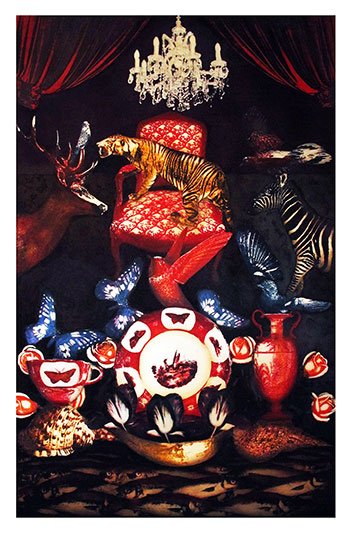 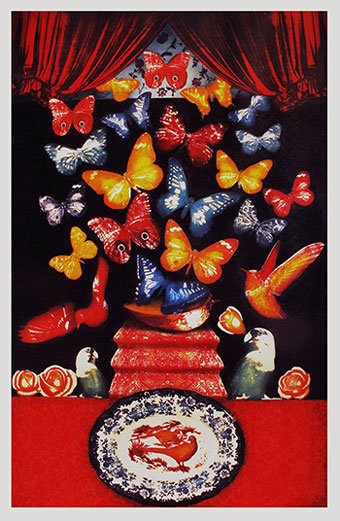 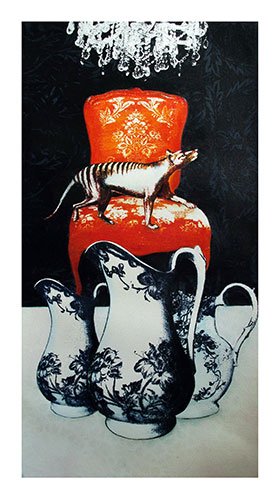 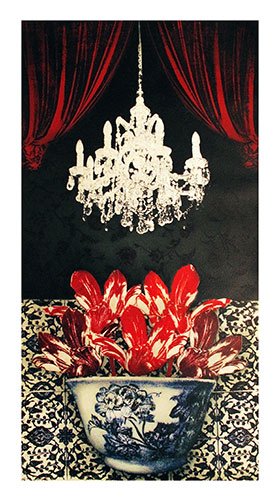 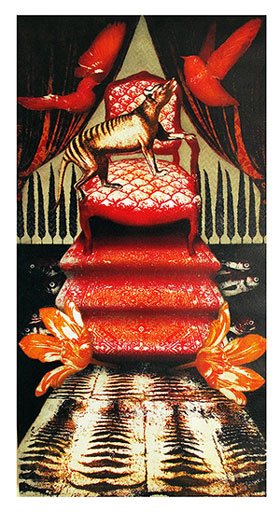 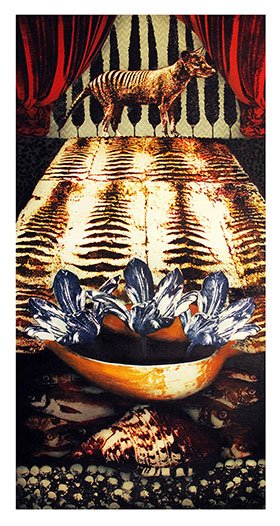