This exhibition is based on the impact of migration from Europe to Australia early last century, with particular reference to the colonial links between England and Van Diemen’s Land. It was prompted by the artist’s own (hitherto unknown) family history.

As with the Inheritance exhibition, (March 2015), research had revealed that her mother’s great great grandfather, Henry Lyne, arrived in Van Diemen’s Land from England with his family in 1826 at the age of twelve. They were granted 1500 acres of land on the east coast. This land belonged to the Oyster Bay aboriginal tribe and accounts of the conflict during the Black War have been well documented. It was a shock to find out that her family had played a part in the dispossession of their land.

As she worked on these pieces, she reflected on the impact of colonial rule on the evolving Tasmanian identity with reference to her own family heritage. 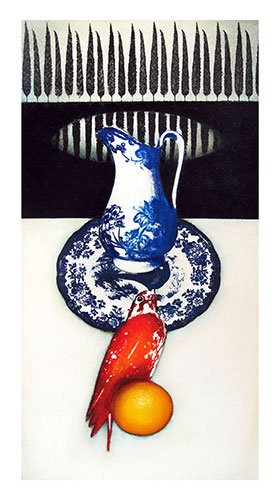 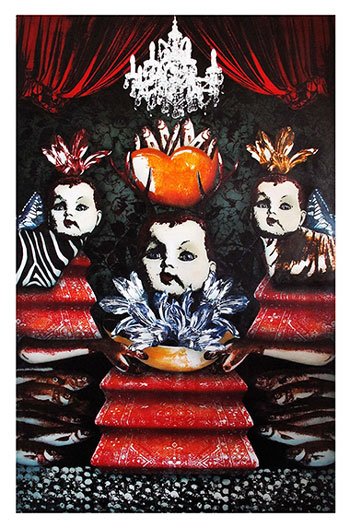 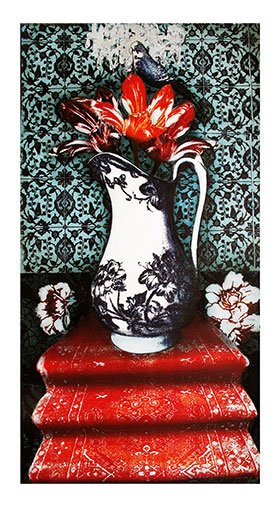 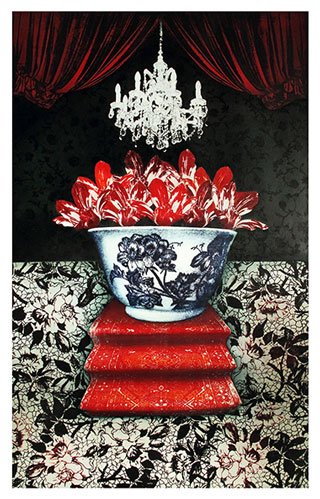 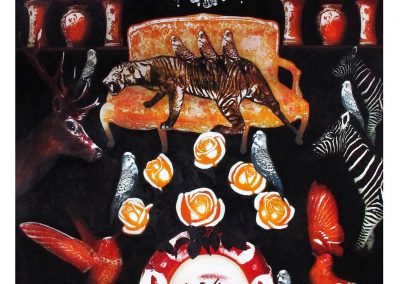