This work evolved from my experiences during a residency on a Greek Island at the Skopelos Foundation for the Arts last year. Regular dinners at a local restaurant under a fully laden pomegranate tree, sparked an interest in the significance of this fruit in Greek mythology.

The ancient myth of mother and daughter, Demeter and Persephone, touches on many complex human emotions such as love, lust, desire, passion, grief, control, deception, temptation and resurrection.

After the kidnapping of her daughter, the suffering of Demeter, goddess of the harvest, threatens to cause great harm to the earth. And the power and attraction of the pomegranate seed deceives Persephone so that she is condemned to spend four months of each year in the underworld. The natural transition of the seasons thus becomes part of the myth and is associated with the grieving of Demeter. Persephone represents both youth and spring. Her continued relocation back to the earth suggests renewal and increased vitality.

This work explores a fictional narrative around the myth and also makes reference to Skopelos, where the ancient Greek culture always seems to be just beneath the surface of this ‘treasure island’.

‘Looking at objects from other cultures and countries, I am a tourist, in awe of their beauty and power. I follow my instincts and am compelled to draw certain forms, trying to understand them and the effect their presence has on me. I am “swallowing” culture and it co-exists with my own – from two different hemispheres’. 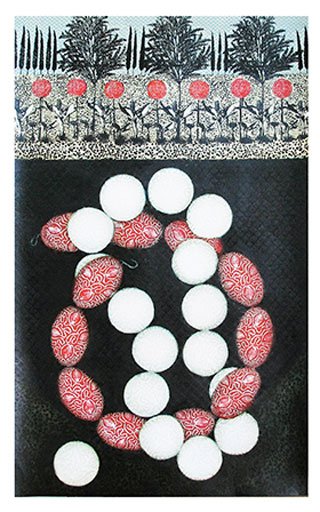 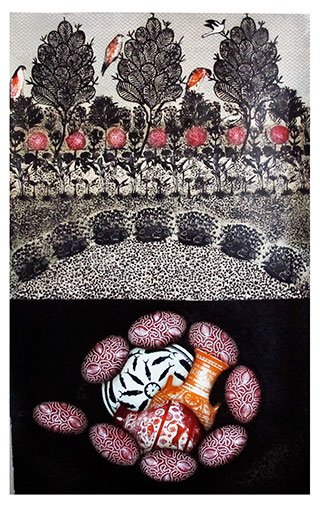 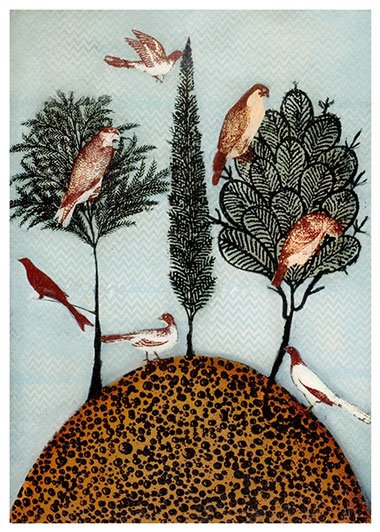 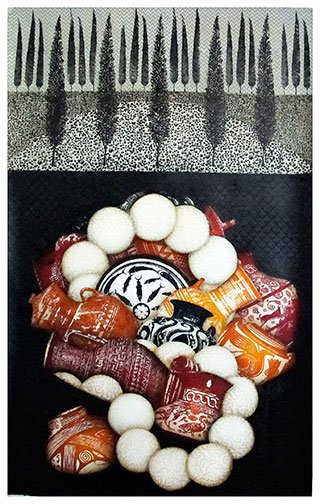 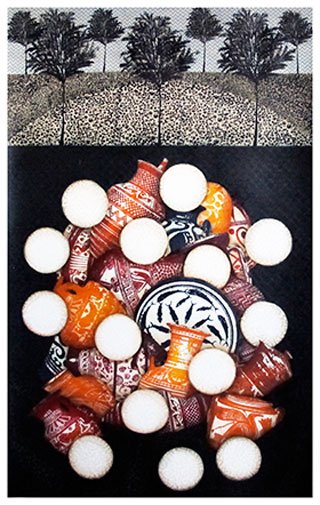 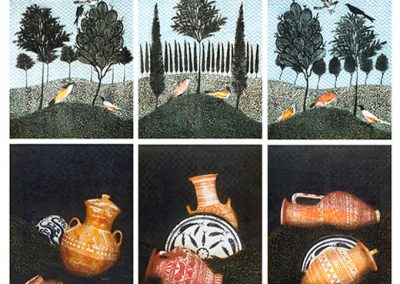 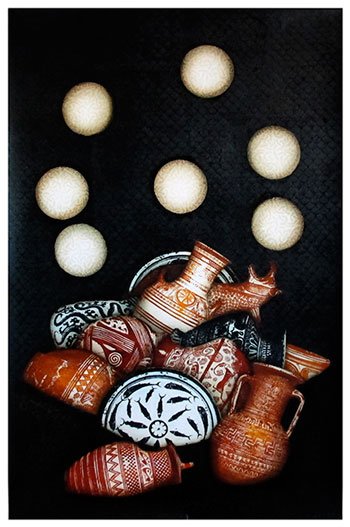